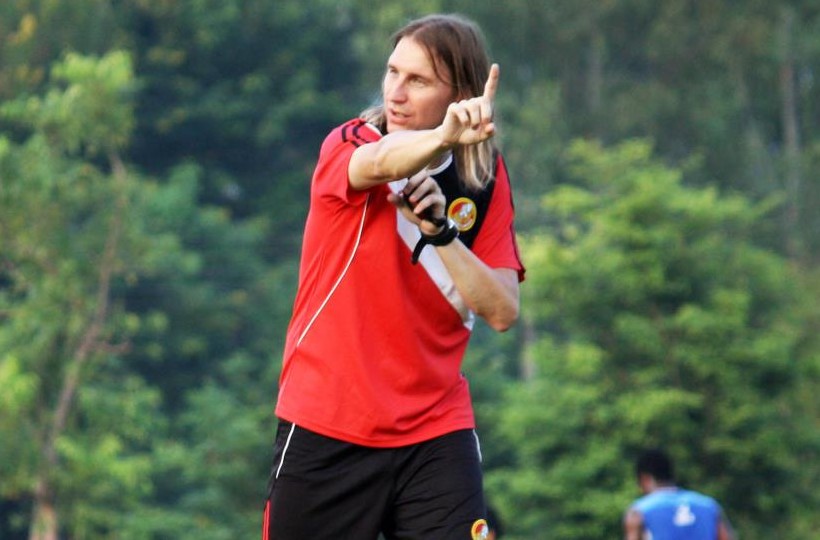 Excellent! I feel privileged to be here right now. To take charge of one of the oldest and most known clubs in Thailand feels incredible. I am full of positive energy and I can’t wait to get started to steer the club to success.

First of all the team needs to start playing on a higher level which we all know they are capable of. Obviously more points are needed to secure the place in the mid table when the season ends.

I learned a lot in Roi Et and I am grateful for everybody who made it possible. Leaving the club and the city wasn’t easy, but I think this was the right time to open a new chapter in my life and in my career.

The leagues are football level-wise pretty close to each other. Club organization and management are probably the biggest differences, but it is still the same game even if the scenery changes a bit. Most important thing is to get to know my players and other staff members as soon as possible. And especially the opponents!

I am still working for the team as an assistant coach. Let’s see how things go on from here.

I met the players with the coaching team at the beginning of this week and today we had the first training together, so my knowledge is still limited. It’s still too early to say anything about any possible re-inforcements, but we will know more after the first couple of games when everyone has had the change to prove their talent.

I had experienced all the levels in Finnish league football and I felt that to learn more about the profession and to experience new things I had to leave. The only way to develop as a coach is to leave your comfort zone, so in that sense Asia was a tremendous opportunity.

Yes, I’ll continue with the same style and maybe we’ll also see some new things along the way.

TopSpot wishes Mika all the best in his new job! See you at the stadium shortly!

PS: More about Mika and his suits: