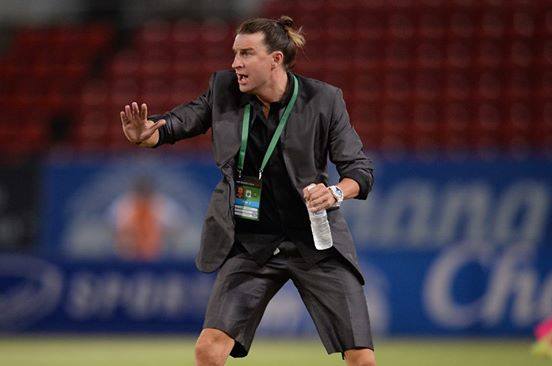 New Radiant Sport Club is the 2014 Champion of Maldivian Dhiraagu Dhivedi League after tonight’s match results.  On the second last round of the league New Radiant’s worst rival Maziya were beaten by Club Eagles 3-1 and that secured the championship for Mika Lonnstrom’s side before the last round of matches.

Lonnstrom took charge of New Radiant SC in August and very quickly the club was back where everybody is used to see them, on top of the league table. After league title was confirmed Finnish coach wanted to express his gratitude towards those who had helped him to achieve the best result of his career so far

“I would like to express my sincere congratulations to my players, club’s supporters, the management and officials. Also big thanks to all those people who have helped us to accomplish this excellent result, thanks TopSpot!“, Lonnstrom says.

“Our target is to enjoy every moment of the season; we still have matches and training sessions left. We will stay focused and enjoy this journey until the last minute!“, Lonnstrom finishes.